There’s nothing like shopping for toys during the holiday season and the satisfaction it brings when you get just the perfect gift. That can be you this year with a little help from Reyne Rice, a toy and trend expert who knows what will be on those Christmas lists this year.

Selected each year, from hundreds of entries and new Tech products, designed for kids, ages birth to 14 years. The esteemed international judges review and debate the best of the best across multiple categories. This year’s winners include new-comers and veterans. See the list below and go to www.kapiawards.com for photos and more information, on each product.

Honorable Mentions go to Elfkin for creating a personal robot that includes a voice-activated messaging system that’s safe for young children and Dynepic for iOkids, a woman, and veteran owned company, creating an aggregated safe entertainment environment for kids.

What are the KAPi Awards? The 9th Annual KAPi (Kids at Play Interactive) Awards celebrates excellence in children’s media, presenting awards to some of the most deserving people and products in the kids’ tech industry. The KAPi prize identifies children’s technology products that raise the bar for innovation and excellence during the past 12 months.

Who selects the winners? Our panel of distinguished judges, representing all facets of the kids’ media business, engage in a series of conversations via phone and email to determine what the characteristics of good kids’ digital play should be and which nominated products are most deserving. http://kapiawards.com/faq-2/

Additional inquiries should be sent to:

Thanks to Jason on the CTV Morning News, and Scott on the CTV News at Noon, in Vancouver, for sharing these fun and interactive Hot Holiday Toys with their viewers!  Happy Holidays! 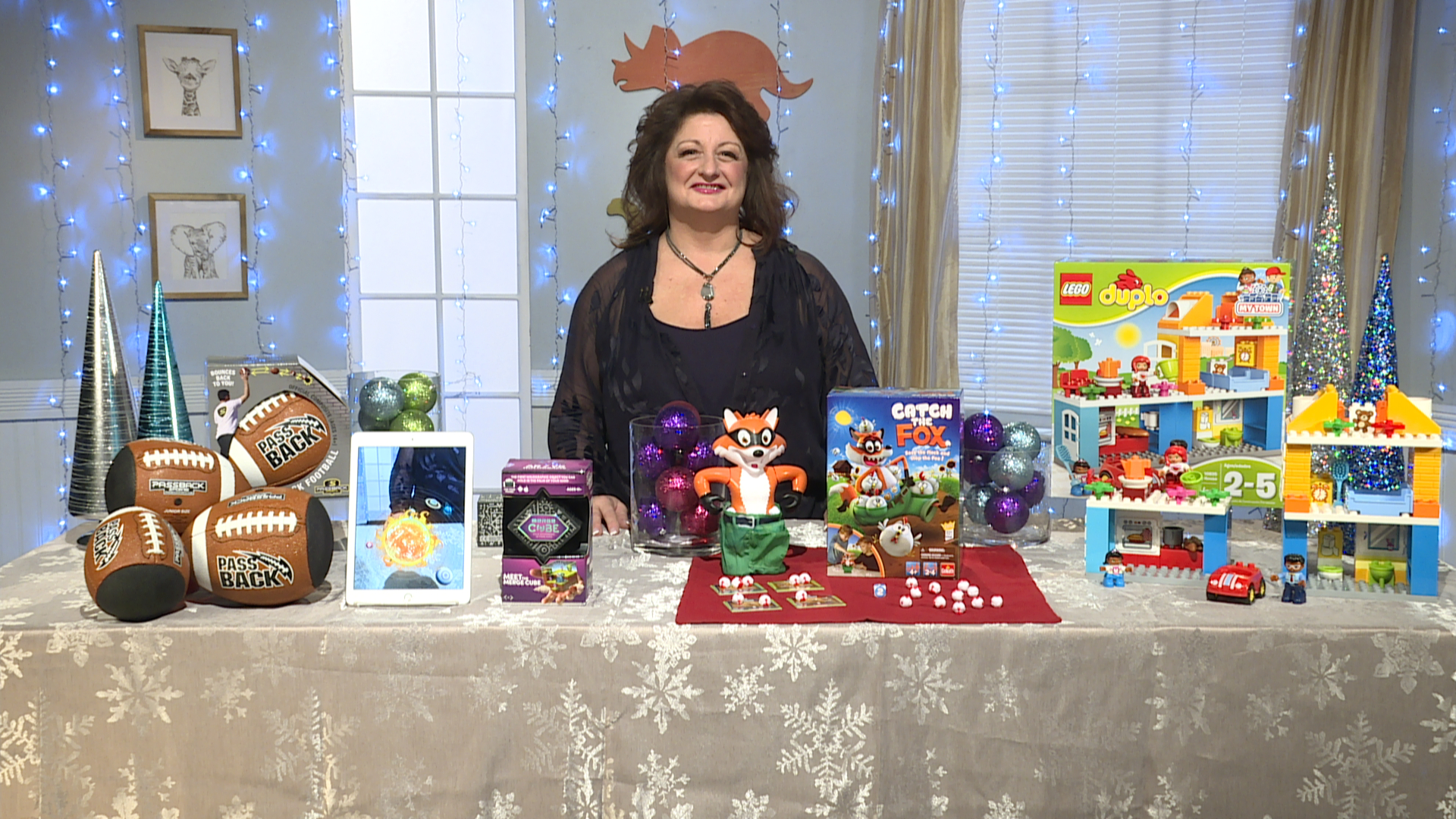 Kids love construction sets and younger kids can have fun practicing real world activities or using their imagination to create an entirely new world. The LEGO DUPLO Family House is designed for a child’s smaller hands to develop motor skills, and introduce children as young as 1 1/2 to LEGO building, with bricks that are twice the size of a classic brick. With endless playing possibilities and loads of elements and colors to spark their imagination, they learn to stack, build, and role-play as they act out everyday life. Visit shop.lego.com to learn more! 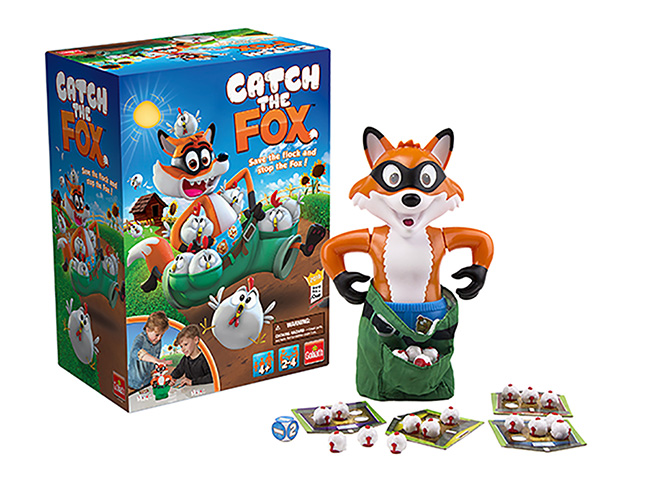 Playing games is a great way to bond as a family over the holidays. Catch the Fox by Goliath Games was named toy of the year in France, bringing laughter and fun to the family when uh oh – the Fox is in the hen house. This greedy fox is snapping up the chickens and stuffing them into his pockets. But when there are too many chickens, his pants will fall down, sending the chickens scurrying so it keeps everyone guessing. Be the first to return 5 chickens to your coop to win! Click here to learn more. 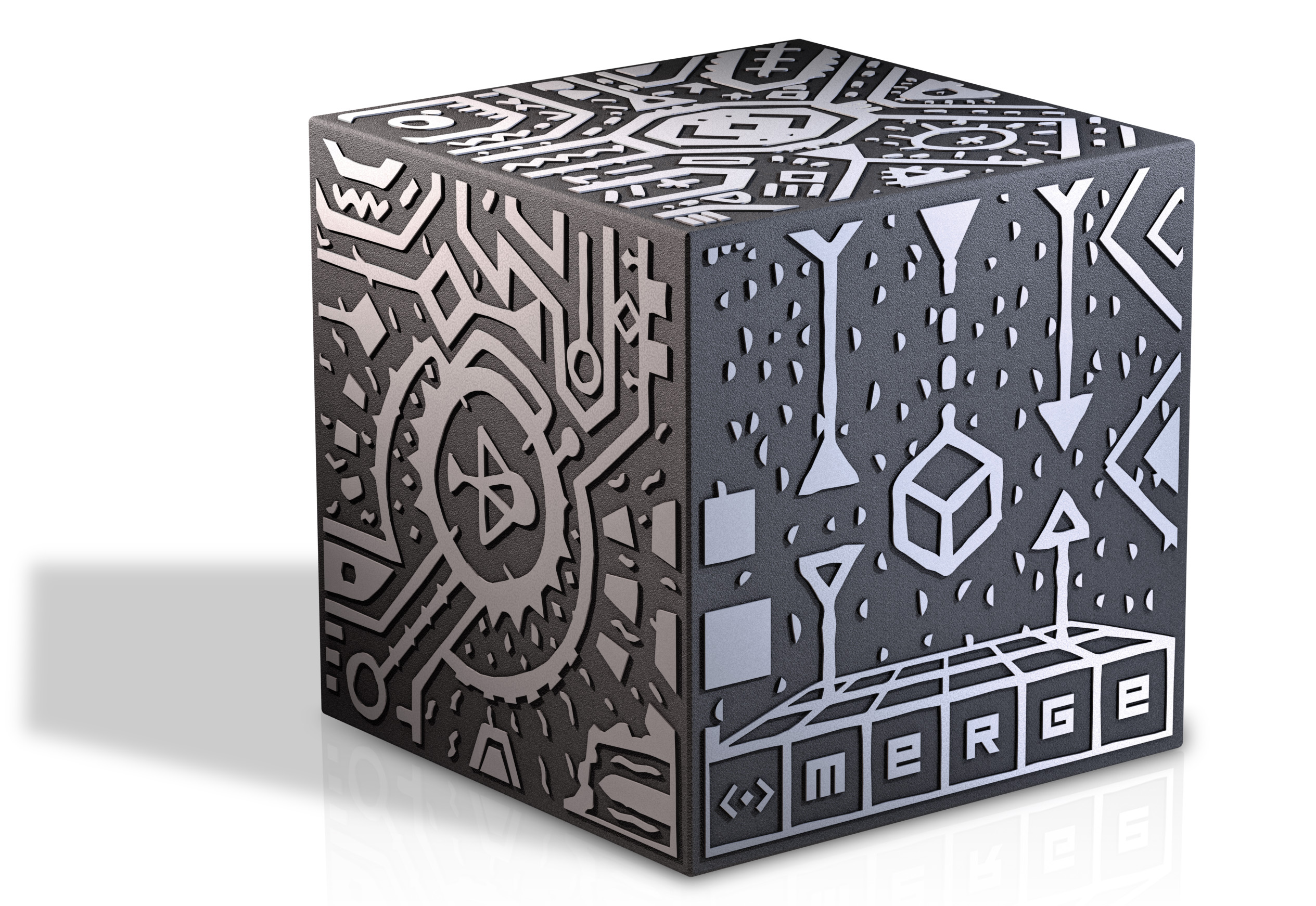 This is the Merge Cube, an award-winning 3D Augmented Reality toy that you use with your smartphone or tablet. This cube allows kids to hold digital, holographic objects in the palm of their hand! Many kids are hands-on learners, and this is enhancing the learning experience in a fun way that they will remember! Just download free or paid apps to activate and play with 3D games, characters and learning tools, like a skull, a rotating labyrinth, a chomping piranha, and so much more…all for less than $15! Click here to learn more! 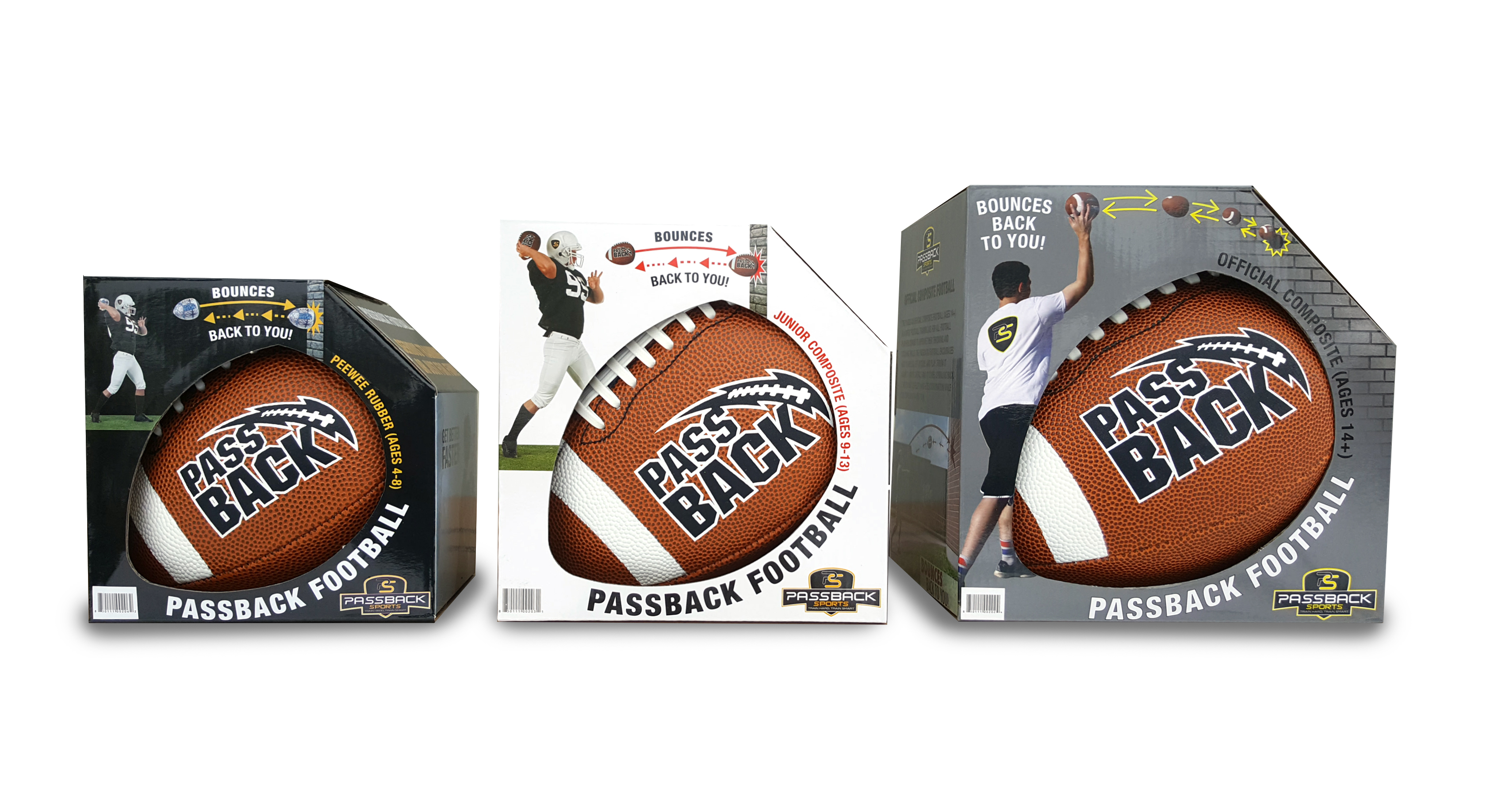 Getting kids outdoors is always a plus. Kids will get hours of enjoyment out of these Passback Sports footballs. It is a one-of-a-kind training tool that is thrown like a regulation ball but engineered to hit a surface and come spiraling back. Aim the flat side of the ball to any wall surface and be amazed as it boomerangs back to the person who threw it. It’s like having a perfect practice partner when no one is around! It comes in three sizes: Pee Wee, Junior and an official Full size. Click here to learn more!

Here’s a sneak peak of some of the hottest November holiday toys!  Do you have questions?  Subscribe to my newsletter or send me an email!

Besides being fun, and incredibly engaging, tech toys and games have evolved into amazing new categories of play that offer thrills and tap into new skills for kids and adults. These new segments include robots and RC drones, electronic pets, 3D printing, virtual play, and also incorporate new technologies such as virtual reality, augmented reality, and even artificial intelligence.

The most exciting premise of these new technological toys is that they encourage kids to be active creators of their play experiences. By inspiring kids to embrace an active creator playstyle, instead of a passive consumer mindset, we are evolving kids into being vested in the process of building, making, creating and customizing their toys. This has developed a whole generation of kids that take more risks and are becoming more confident “Do-It-Yourself” kids. When kids start to ask “What if?”, then we have got them thinking. Encouraging experimentation and curiosity are important, active life skills.

Here is a review of the top new segments that are emerging, and some of the players that are leading the charge. Get excited, and get in on the fun.  The best way to learn new technology is to place it into the hands of kids you know, and play right alongside them.

As kids become more sophisticated and adept at technology, their toy electronic pets have also become more interactive. The CogniToy Dino, is a cloud-based WiFi Connected Toy that allows kids to engage in intelligent conversations. C.H.I.P is an electronic puppy who is trained by their owner to follow a child, to learn tricks and even to play with an object that uses beacon sense smart technology (Wow-Wee).

Spin Master has created a variety of smart technology pets in multiple play iterations.  Their Meccano Meccasaur uses sensors and touch-points that are built into the creature, so that kids just need to activate the touchpoints to get reactions such as roars, speech, attack mode and other playful sounds.  Hatchimals, (Spin Master) offer a new form of nurturing play, to evolve new characters that actually hatch from their inner eggshell over time, to become unique, functioning, interactive pets. Zoomer Chimp is a playful chimpanzee that uses smart technology to sense its owner and to respond to tricks and commands.

So many new iterations here engage kids to teach and control their robots. Coji Emoticon Robot by Wow-Wee uses emoticons as the social and emotional intelligence programming language. Dash and Dot (Wonder Workshop) teach coding to preschoolers and older kids can create more sophisticated programs, such as devising obstacle courses, or building with accessories, to create more complicated stunts and actions. OzoBot mini one-inch robots and the Sphero BB-8 robot have both encouraged character-based play with coding sequences that surprise and delight kids as users.

From the smallest portable Pocket Drone, by Odyssey Toys that folds as flat as a credit card to the most sophisticated DJI Phantom 4K camera flying drones, there is a wide spectrum of flying RC drones to choose from. Horizon Hobby has launched their First-Person-View (FPV) drones to experience the thrill of racing, as seen through the pilot’s eyeglasses. Other key stand-out manufacturers in this segment include SilverLit, SkyRocket Toys, Revell, Carrera, and AuldeyToys.

More companies are using augmented reality technology in ways that are more elegant and playful, for the end user. AirHogs Connect: Mission Drone Augmented Reality RC, by Spin Master incorporates drone technology, and uses an augmented reality controller as a viewing device. The built-in play pattern is all about initiating and completing missions, while actively playing, and flying your drone.

With a continued emphasis on STEM Learning, more manufacturers are adding coding, programming and logic-building into toys and games. The Fisher-Price Think N Learn Code-A-Pillar teaches the basics of computer programming to preschoolers  who add segments to a caterpillar-shaped toy. Each connectable segment represents a coded command which the caterpillar will execute in sequence, such as turning, moving forward or reverse, adding sound components and more.

Google and Mattel partnered to re-invent the ViewMaster adding new 360 degree viewing capabilities to an old classic. Mel-Science has developed Science Kits that incorporate VR viewing in the final experiment stages, to make the learning even more relevant. Zing Toys has added a Green Screen Stage to their StikBots products, to encourage kids to create and share their digital movies and scenes, via an immensely popular social media gallery website.

These products bring concepts to life in a very tangible way, using 3D and 4D modeling. Whether kids use a 3D printer to create their toys, or a 3D doodling pen, to build products with filaments in the air, the excitement is in building something unique in the colors and combinations of the kids choosing.